Polymers are molecules with a repeating chemical structure that can be found in nature or created synthetically in a lab. There are slight variations in the chemical structure of the polymers that make up different plastics, but this generally gives plastic products the strength, light weight, and versatility that consumers enjoy. Synthetic, man-made polymers may be derived from natural substances but are most often made using the plentiful carbon atoms in fossil fuels. Natural gas and crude oil are inputs that allow for especially long branching in polymerization that optimizes the useful characteristics of plastics.

Since humans learned how to create and manipulate synthetic plastics nearly 150 years ago, plastics have become an essential part of our lives. Most consumer products on the shelves today are made of some plastic polymer if not surrounded by plastic packaging.

Food packaging, such as: Saran

The Lifecycle of Plastics

The first step in creating a plastic product is the extraction of crude oil or natural gas. Mining is one main method used to extract solid fossil fuels by digging, scraping, or otherwise exposing buried resources. In the short-term, these large-scale operations often result in the huge volumes of excess rock and soil being dumped into adjacent valleys and streams, altering their ecosystems and water flow. In the long term, coal removal sites are left with poor soil and increased risk for mudslides, landslides, flash floods, and toxic water pollution in adjacent communities. A Harvard University study, which assessed the life cycle costs and public health effects of coal from 1997 to 2005, found a link to lung, cardiovascular, and kidney diseases—such as diabetes and hypertension—and an elevated occurrence of low birth rate and preterm births associated with surface mining practices.

Plastic production includes many stages. Extracted fossil fuel inputs are first refined and cracked to form the building blocks of plastic. For example, ethylene is made from crude oil and propylene is made from natural gas. These chemicals are then modified to produce resins: an often sticky substance used to create plastic products. The manufacturing process can be varied according to the necessary characteristics of the output plastic desired.

Plastic polymers are often described as being non-toxic because they are not reactive and generally cannot transport across biological membranes. However, chemical additives or residual monomers used to create varied types of plastics can be hazardous to human health and the environment when they leach out from the polymer matrix.

The harmful consequences of the stages of plastic production disproportionately fall on racial and ethnic minorities, low-income workers, and residents of the Global South.

Once plastics are created, they’re distributed to manufacturers and retailers that mark them for sale by consumers. Plastics are ubiquitous! In industrialized nations such as the United Kingdom and the United States, you can find them in virtually every household product.

We play a key role in the life cycle of plastics during this stage. When consumers favor biodegradable and/or reusable alternatives to conventional plastics, our preferences are gradually communicated to producing firms. Although limited, purchasing power is an important driver for innovation and equity in the global economy. While plastic production is predominantly concentrated in the low-to-moderate income countries, sale and consumption of plastics is even more concentrated in more privileged industrialized countries. Power imbalances between producers and consumers are a leading cause for the injustices that marginalize under-resourced communities throughout the entire life cycle of plastics.

After all these natural resources, human labor, and physical energy are used to produce plastics, consumers are charged with the responsibility to dispose of these materials. Responsibly managing plastic waste is a bit of an oxymoron, since this material is inherently irresponsible and harmful throughout its entire life cycle. That said, the most socially and environmentally responsible response is to reuse, repurpose, and/or up-cycle plastic products to extend their utility for as long as possible. This takes a bit of creativity and ingenuity in a society that has been conditioned to view material waste as readily disposable and un-useful. 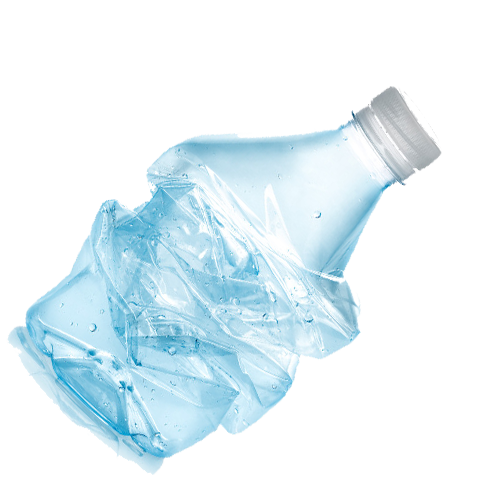 Plastic, which is a petroleum product, contributes to global warming throughout various stages of its life cycle. While each stage indirectly creates emissions by requiring energy-intensive infrastructure and different modes of transportation, extraction and combustion are particularly potent sources of carbon dioxide emissions.

Plastic recycling is one of the methods advanced by the petrochemical industry as a solution to the plastic waste crisis. Ideally, this would reduce demand for virgin plastics made of fossil fuels by reprocessing the same inputs in a more circular flow. However, the reality of contemporary recycling looks nothing like the circular economy that we should be striving towards.

Plastic recycling is energy-intensive, logistically challenging, ineffective, and counterproductive. In short, the process generates lower grades of plastic that are not as malleable or versatile and it increases environmental, social, and financial injustices borne by marginalized groups at home and overseas.

Once plastics are produced, they may be littered intentionally or unintentionally into the external environment. This causes a span of social, financial, and environmental damage that disproportionately affects coastal communities. When plastics are discarded, they physically break down into smaller pieces but will never entirely, chemically break down. Over time, even the most massive of plastic debris will form bits of microplastic that measure less than five millimeters in diameter. Even tinier nanoplastics smaller than 100 nanometers many also form under exposure to wind, wave currents, and UV radiation.

Microplastics have been found in the internal organs of diverse living things, including humans, and sampled from the deepest corners of the Earth. They may be inhaled, consumed, or combusted unintentionally by marine and terrestrial organisms living in what may not appear to be a littered environment. Plastic marine debris pose health risks for seafood consumers and all other marine organisms throughout the food chain.

At least 8 million tons of plastic end up in our oceans every year! Floating plastic debris are currently the most abundant form of marine debris—threatening food safety and quality, human health, coastal tourism, and contributing to climate change. Plastic waste makes up 80% of all marine debris from surface waters to deep-sea sediments and has been sampled from the shores of every continent.

Our dependence on plastics and rampant consumerism in industrialized nations is causing the most widespread problem degrading the marine environment. The effects on marine life and coastal communities are visibly disturbing: from suffocation and entanglement to lacerations and contamination. The cost burden of cleaning up plastic marine debris often falls on local governments, businesses and residents of coastal communities seeking to preserve the quality of their environment.