Microplastics, as indicated by their name, are tiny bits of plastic that measure less than five millimeters in diameter. That’s about the size of a small green pea!

According to The Ocean Cleanup, approximately 1.2 million tons of microplastic waste are generated each year—one-fifth of which comes from North America alone.

There are two main types of microplastics. Primary microplastics are intentionally produced, often for consumer products used to take care of your skin and keep up with the latest trends. That’s right! Cosmetics, specialty soaps, clothing and other textiles are among the most common sources of primary microplastics. 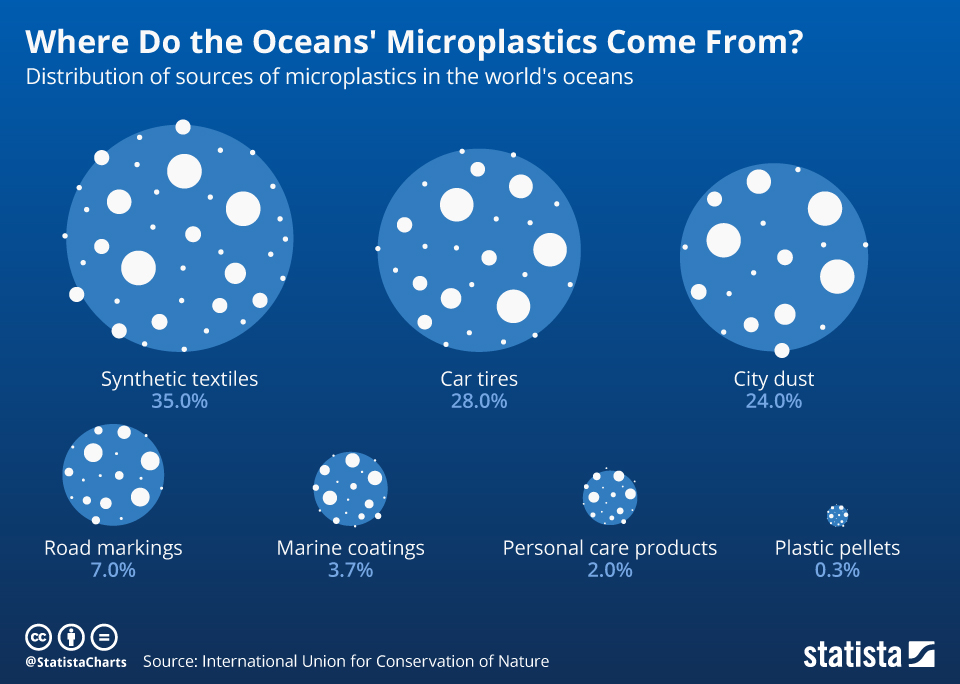 Microplastics also may be derived from terrestrial and marine infrastructure— from the road markings indicating lane separations to the glossy coating all over the hull of a boat. These are known as secondary microplastics because they are formed unintentionally as larger macroplastic debris physically breaks down. As such, starting materials may range from consumer products, like food packaging or water bottles, to larger infrastructure waste broken down by exposure to environmental factors, such as solar radiation and the ocean’s waves.

The scientists were examining sediment samples from the depths of the Tyrrhenian Sea to investigate the role of deep ocean currents in microplastic transport and deposition, and all 16 of their sediment core samples were found to contain microplastic particles.

According to the Society of Environmental Toxicology and Chemistry, littering and landfill discharge into rivers and oceans are the main pathways through which plastics enter the ocean. The density of plastic marine debris accumulated determines if plastic waste remains on the surface, becomes beached in coastal areas and estuaries, or sinks to deep-sea sediments.

Weather conditions and ocean circulation play a significant role in the geographic distribution of microplastics as well. Notably, circular ocean currents can relocate plastic marine debris from remote sources to stationary, centralized accumulation sites known as gyres. Disproportionately large amounts of marine debris have been found in these areas, including the North Atlantic or Great Pacific garbage patches.

The circulation patterns are formed by global wind patterns and forces created by the Earth’s rotation. Their naturally occurring movement is essential to circulating ocean water, regulating ocean and atmospheric temperature, and maintaining the flow of nutrients to maintain marine health and biodiversity.

Even as we reduce plastic consumption and adopt more responsible waste management in our individual lives, it is important to recognize the potential impacts of microplastic movement in our oceans.

Studies have consistently indicated that microplastics are unintentionally consumed by marine organisms. Research has highlighted the ingestion of microplastics by species marked for human consumption and the infiltration of micro and (even smaller) nanoplastics in filtered drinking water. According to National Geographic reporting, most standard water treatment facilities do not effectively remove all microplastics.

Additional risks are posed by the chemical composition of microplastics. As plastics are produced industrially, hundreds of little-studied chemical additives are used to enhance the strong characteristics of different types. These chemicals may leach out from the hard materials into the oceans; in effect, disrupting the chemical composition of natural sea water and potentially harming plants and animals that rely on those waters (including humans).

Plastics are also exponentially more likely to bind with unknown, potentially harmful chemicals. Since microplastics are so small, difficult to filter, and often challenging to identify with an unaided eye; they readily alter the chemical composition of ocean water as well as the biochemistry within plants and animals. Studies on the implications of plastic pollution on the chemical and biochemical levels have only scratched the surface of potential effects that these materials could have over the long term.

Even though they have long been a by-product of other pollution sources, microplastics are a relatively new field of study. Scientists have investigated the fate of plastic marine debris in the context of the material’s life cycle, to find that plastic cannot be chemically broken down on its own overtime. Plastic waste, instead, only physically decomposes from macro to micro to nano plastics over hundreds of years. 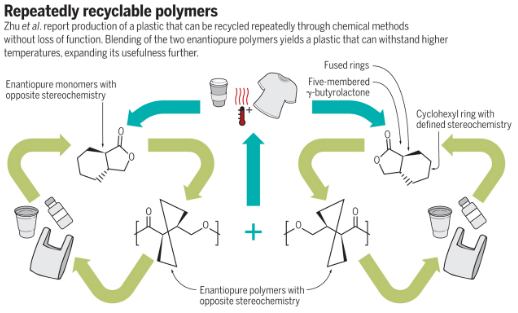 Polymer scientists have sought to identify new possibilities for recycling existing plastics, including macroplastics in circulation as well as micro- and nanoplastics to be collected from the depths of our oceans. This has been a challenge because there are a number of unique plastic polymers used to produce the diverse, highly durable products we depend on around the world. Two large areas of focus have been optimizing methodology to increase the amount of times that plastic materials can be recycled and finding new ways to transition existing materials for very different applications than their original form. One such example is the continued demand for composite materials made from fiberglass and carbon fibers by engineers building things like cars and wind turbines. It would be ideal to satisfy that demand using reprocessed plastics; but the recycling process is not as simple as the closed loop method most often used to recover and recycle materials from your big blue bin.

For now, it’s best for us to stay committed to recycling efforts, strive for circularity by reusing and re-purposing materials we already own, advocate for responsible waste management within our communities, and direct advocacy efforts to hold businesses accountable for their actions.

We can also seek out products that do not contain primary plastics, such as soaps and scrubs without microbeads, and brands that likewise prioritize circularity by including recycled materials in their supply chain.

If you crave that scrubby sensation from skincare products, try making your own with coconut oil and sugar or salt as the base ingredients. There are loads of ingenious fragrance combinations out there using essential oils that may be extracted from herbs or fruits you already have at home. In the end, it’ll have the same satisfying and nourishing effect, without negative environmental impacts!

Questions about microplastics or other marine debris? Suggestions for future Trash Talk topics? Reach out via email, natalia@debrisfreeoceans.org!

Becoming a Coral Champion with Rescue a Reef