The Power of Pandemics, Pollution, BIPOC and Public Policy

Systemic injustices and corruption have become especially salient throughout the course of the COVID-19 pandemic. Public consciousness and civic action are soaring amidst record levels of unemployment, sensationalized video exposing the horrific realities of police brutality, and intensification of the climate crisis.

Scientists have come to an overwhelming consensus that climate change is caused by the emission of greenhouse gases from human activity, and high-level decision-makers across the globe are increasingly recognizing the climate crisis as a threat-multiplier. This term is intended to convey how the risks and hazards associated with climate change overlap with and exacerbate existing sociopolitical, economic, and human health issues.

Well stated by Rosemary DiCarlo, Head of Political and Peacebuilding Affairs for the United Nations (2018):

“The risks associated with climate-related disasters do not represent a scenario of some distant future. They are already a reality for millions of people around the globe – and they are not going away.”

A demonstrator addresses protesters in Harlem. [The Guardian/Flo Ngala]

Acknowledging the parallels between these intersecting crises, the Environment and Climate Change Subcommittee of the US House Committee on Energy and Commerce held a remote hearing on June 9, 2020 entitled Pollution and Pandemics: COVID-19’s Disproportionate Impact on Environmental Justice Communities.

Mustafa Santiago Ali, the Vice President of Environmental Justice, Climate, and Community Revitalization of the National Advocacy Center at the National Wildlife Federation was among the witnesses. In his testimony, Ali draws an unsettling parallel between deeply rooted systemic racism, the militarization of policing in the United States, and exposure to toxic air- and water-borne pollutants:

“Black communities are dealing with the systemic racism that has infected the policing in our communities that is literally choking us to death. The rolling back of environmental rules and regulations has us gasping for air due to the cumulative public health impacts from the burning of fossil fuels in our communities. Covid-19 continues to devastate black, brown and indigenous communities both in infections and deaths. When we say, “I Can’t Breathe” we literally can’t breathe.”

Jacqueline Patterson, Senior Director of the NAACP Environmental and Climate Justice Program, also highlighted the intersections between the current crises and expressed the need for an integrated approach for recovery in her testimony.

Frontline communities across the nation are actively seeking and testing their own interventions to recover and adapt in the face of the coronavirus pandemic, economic downturn, systemic inequality, and climate change. Community-led approaches acknowledge and build upon the distinct capacities and strengths of their neighborhoods, organizations, businesses, government institutions, and individuals’ identities to address social needs. 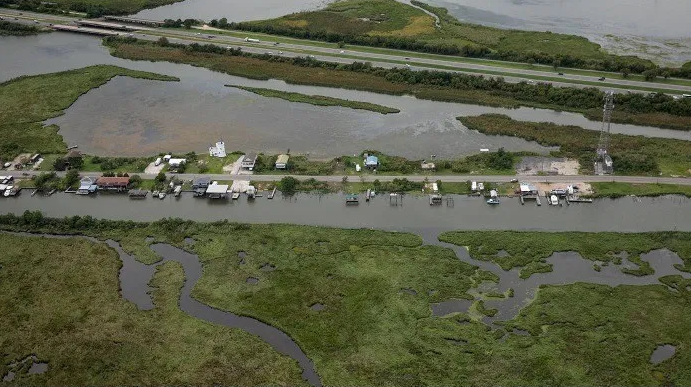 Amid historic protests against the injustices that have long oppressed Black Americans, President Trump signed an executive order to eliminate regulations used by and for the protection of frontline communities fronted with potentially harmful, federally-funded development projects.

Among the most significant environmental laws in the United States, the National Environmental Policy Act (NEPA) creates a pathways for citizens to partake in a thorough review process for federal actions. For example, state or local officials must complete an environmental review before federal funds may be allocated for any project they’d like to propose. Any American citizen can comment on the proposal and call attention to environmental impacts not previously accounted for by the responsible federal agency. It is required that this feedback be taken into account and acted upon before the project can receive approval for federal funding. This process enhances transparency, holds decision-makers more accountable to the American public, and sheds light upon alternatives with potential co-benefits not previously identified.

The NEPA review process is among a slate of environmental statutes and regulations weakened by President Trump’s recent executive order. This is significant—even more so in the context of the compounding crises burdening historically marginalized communities. NEPA is widely considered landmark legislation, representing a historic achievement in the face of development projects that generated detrimental consequences by exacerbating environmental injustices. Rather than being perceived as obstacles to recovery, thoughtful regulations merit consideration as instruments for ensuring that long-term value is derived from federally-funded projects.

As we navigate violently compounding crises, we must hold public officials accountable for the bigger-picture outcomes of their actions and demand that they prioritize the democratic participation of frontline communities.