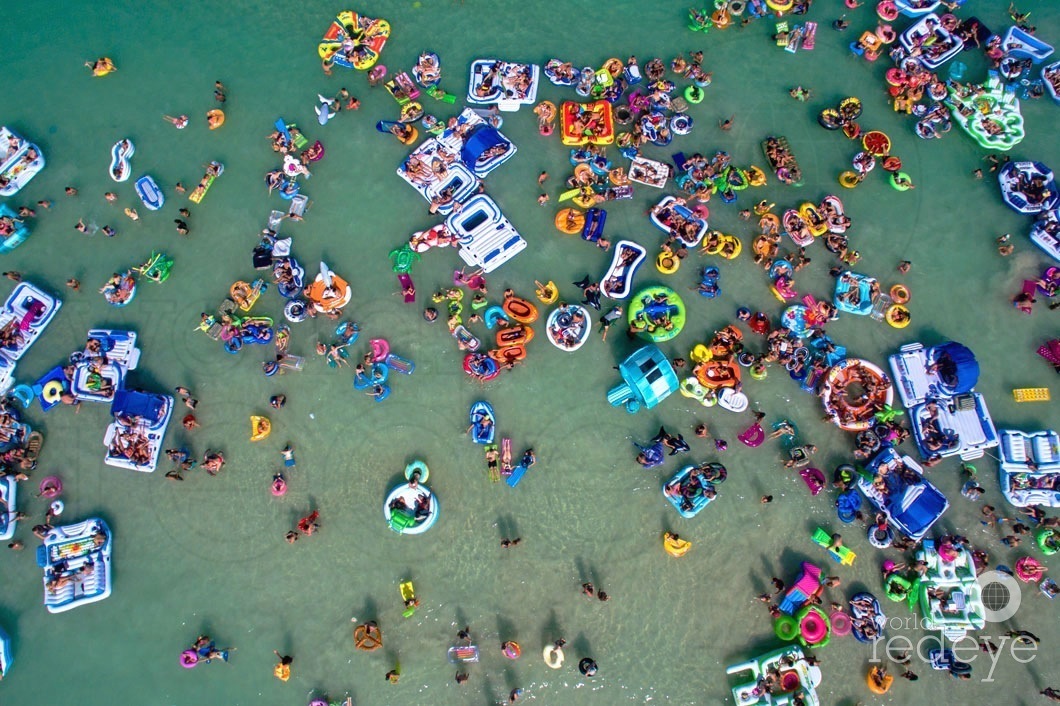 The Islands have Sprinkles

It’s 3AM on the Sunday after Floatopia, and I cannot stop pondering the state of our oceans.

I proudly claim myself as a South Florida born, Miami-raised girl, reveling in the awesomeness that is a booming city resting on Caribbean waters. Despite living my whole life here, I am still shocked that such a magical place exists. Yesterday, however, I had a rude awakening that human kind’s thirst for convenience and desire of ego is pillaging and abusing my home.

On Saturday morning, I joined 12 other incredible volunteers on an adventure to clean one of Biscayne National Park’s remote, forgotten beaches on an island 12 nautical miles offshore. Surrounded by dolphins, birds, and turtles, our boat ride to the island instilled that great sense of pride I regularly feel about my city, but then I noticed something – these remote islands were covered in rainbow sprinkles. Flying past these turtle-nesting beaches, I could see the plethora of trash that had accumulated even though I was nearly a tenth of a mile away.

Coming ashore, reality hit hard. Years of our disposable lifestyle pierced my soul – we have turned this wonderland into an extension of Mt. Trashmore. Despite collecting over 700lbs. of mostly plastic (i.e. lightweight) trash over a mere 50 feet of shoreline, this was my first cleanup when we physically could not clean it all.

Feeling partly accomplished and partly devastated, I made the traffic-ridden trek back to my current residence (and favorite place), Miami Beach. Reflecting on that morning’s cleanup, I geared up for the afternoon session at Floatpoia with some kale, avocado, and Red Bull.

Weaving through traffic on my bike, I felt the congestion on 1st street rising. Floats and belligerents abound, I attempted to mentally prepare myself as I rode closer to meet my friends who were tirelessly educating the public about marine debris, handing out trash bags and portable cigarette butt ashtrays, and collecting floats for charity. 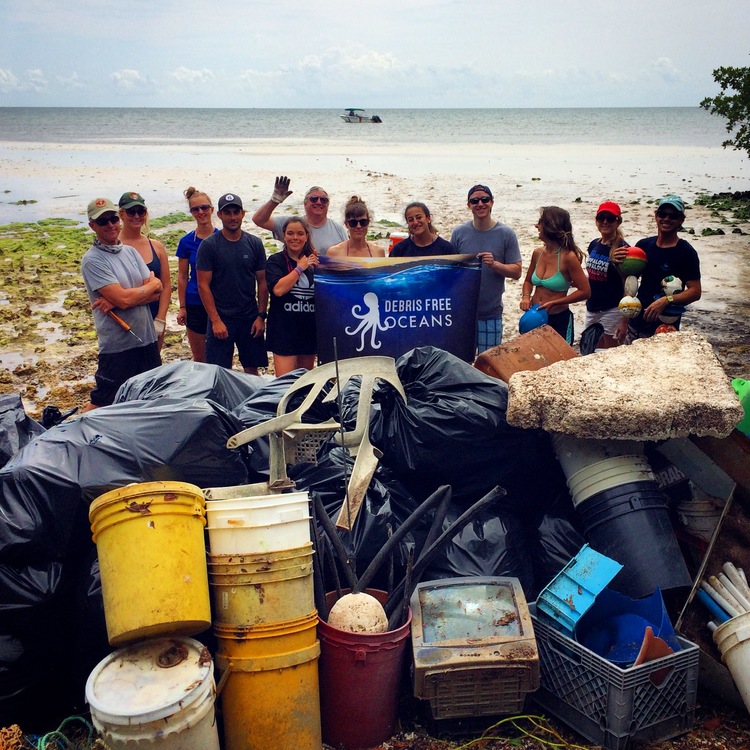 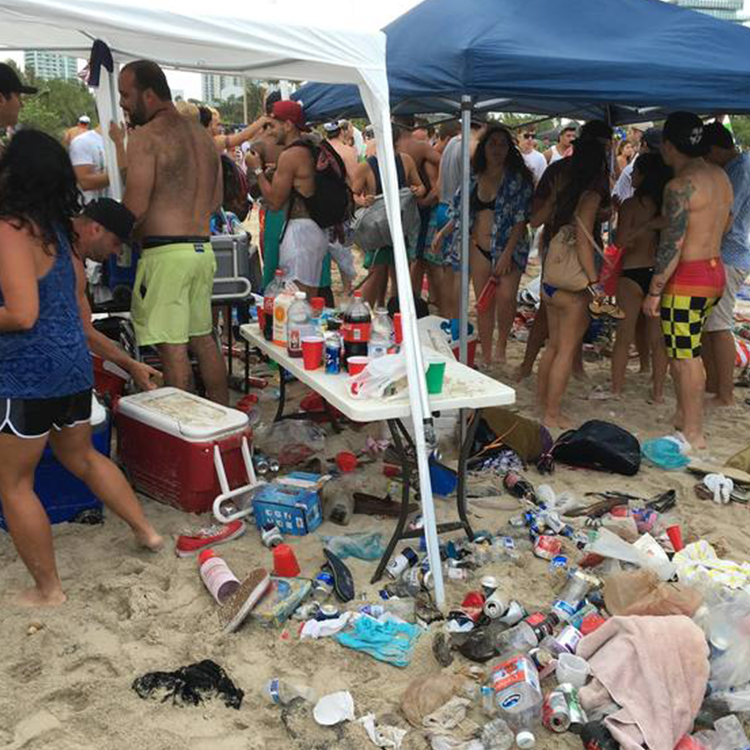 A small rain shower began when I arrived so I bolted down the beach with a roll of trash bags enthusiastically handing them to individuals and politely asking them to please cleanup after themselves before they rushed inland. Racing through the crowds, however, my heart began panicking and I breathed deeply to bottle my tears. Red solo cups, water and alcohol bottles, plastic bags, and cigarette butts smothered the beach – again, the sprinkles were everywhere.

During my first race through the crowd, many people thanked me for the trash bags and admirably helped cleanup other people’s trash, but I lost emotional control only a few minutes into my second attempt to positively engage with the mass of Floatopians. Unlike prior Floatopias, something had changed – the spirit had shifted.

Promoters have monetized and hijacked this peaceful event from its originator shifting the focus from “peace, love, and floats” to “convenience, ego, and self-entitlement.” 3 times in a row, my efforts to keep the beach clean were abruptly shut down. First attempt, the men would only help cleanup if I “found them a girl.” Second attempt, the men wouldn’t cleanup because “it wasn’t theirs.” Third attempt, the man “just doesn’t clean up trash, not even at home.”

At this point, I broke down into tears. Those who told me “no” stood in a pile of trash, and they were okay with it. They were okay with knowing that the public beach they enjoyed all day was completely trashed. I could not understand this, and it crippled me. How do we effectively reach our adversaries? How do we make a lasting change in Miami?

Reflecting on today, I have a new fire inside me to educate the Miami-Dade community. DFO developed an amazing education program intended to prevent marine debris from entering our waters by inspiring students to adopt a zero-waste lifestyle. As part of the Program, we will bring 1,000 students out to the “sprinkle-islands” to feel the true enormity of this issue.

Although I love sprinkles on my (vegan) ice cream, I want them off our coastline. Every day, we can all make a difference in this world. Smile at a stranger; bring your own reusable cup. It’s that simple, and the karma results are well worthwhile.

50 Shades of Green: Recycling in Miami