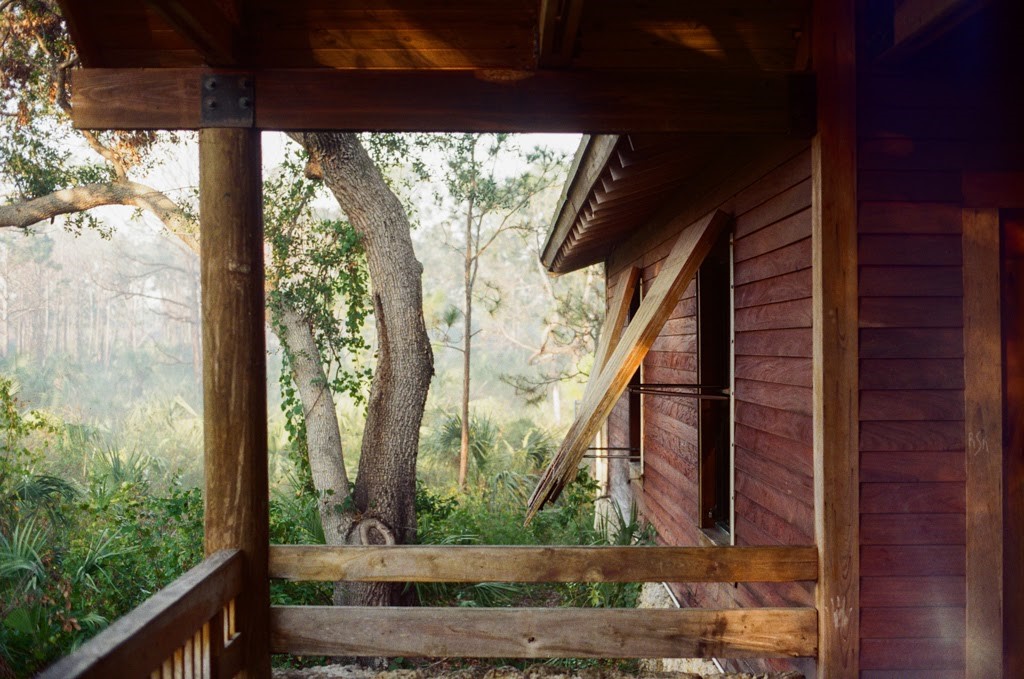 Finding hobbies or passions can be really refreshing, especially during this time of great uncertainty. If you’re anything like me, and I take it you are since you’re reading this, you likely want to make sure that your interests align with your goal of living a sustainable life. Just because you’re passionate about the environment doesn’t mean you have to give up other  interests or hobbies- there are definitely ways to pursue them while keeping the planet’s well-being in mind.

It’s easy to make photography into a fairly eco-friendly hobby, it’s just a matter of being more aware of materials you use and implementing the five Rs into this aspect of your life. Seemingly small changes create a big impact, so let’s talk about how photography can be wasteful vs how we can help alleviate that waste

I personally prefer film photography over digital, but something I think about is how wasteful it can be if one is unaware of how items can be properly used. Here are some ways to keep sustainability in mind when shooting film photos:

The Issue with “Disposable Cameras”: These are a popular way to document life using film, but they can be highly wasteful if not properly taken care of. Disposable cameras arguably create the most amount of waste when it comes to film photography.

The Alternative: This “disposable” aspect of disposable cameras can be eliminated without getting rid of the fast-paced, raw quality of disposable film camera photos. The alternative that mirrors this kind of camera the most is this one. It looks very similar to a disposable camera and acts just like it, but can be reloaded! Plus, it’s inexpensive so you’ll be helping out your wallet along with the planet. Another great alternative to disposable cameras is purchasing an inexpensive automatic 35mm point and shoot camera on eBay or at a garage sale. This way you can still take photos on the go, be more resourceful, and not sacrifice that disposable look.

You will also save a lot of money by purchasing one camera rather than repeatedly buying a new disposable each time. After purchasing a camera, you only need to buy film,  which ends up being much less pricey after a couple purchases. Buying film and paying for developing and scanning processes will cost half the price after buying a multi-use camera than it would if you also had to buy that disposable camera each time. Additionally, you get to call this camera your own and you’re able to have a more personal connection to the camera, which is something I really appreciate about film photography and how you get to be a part of the whole process. 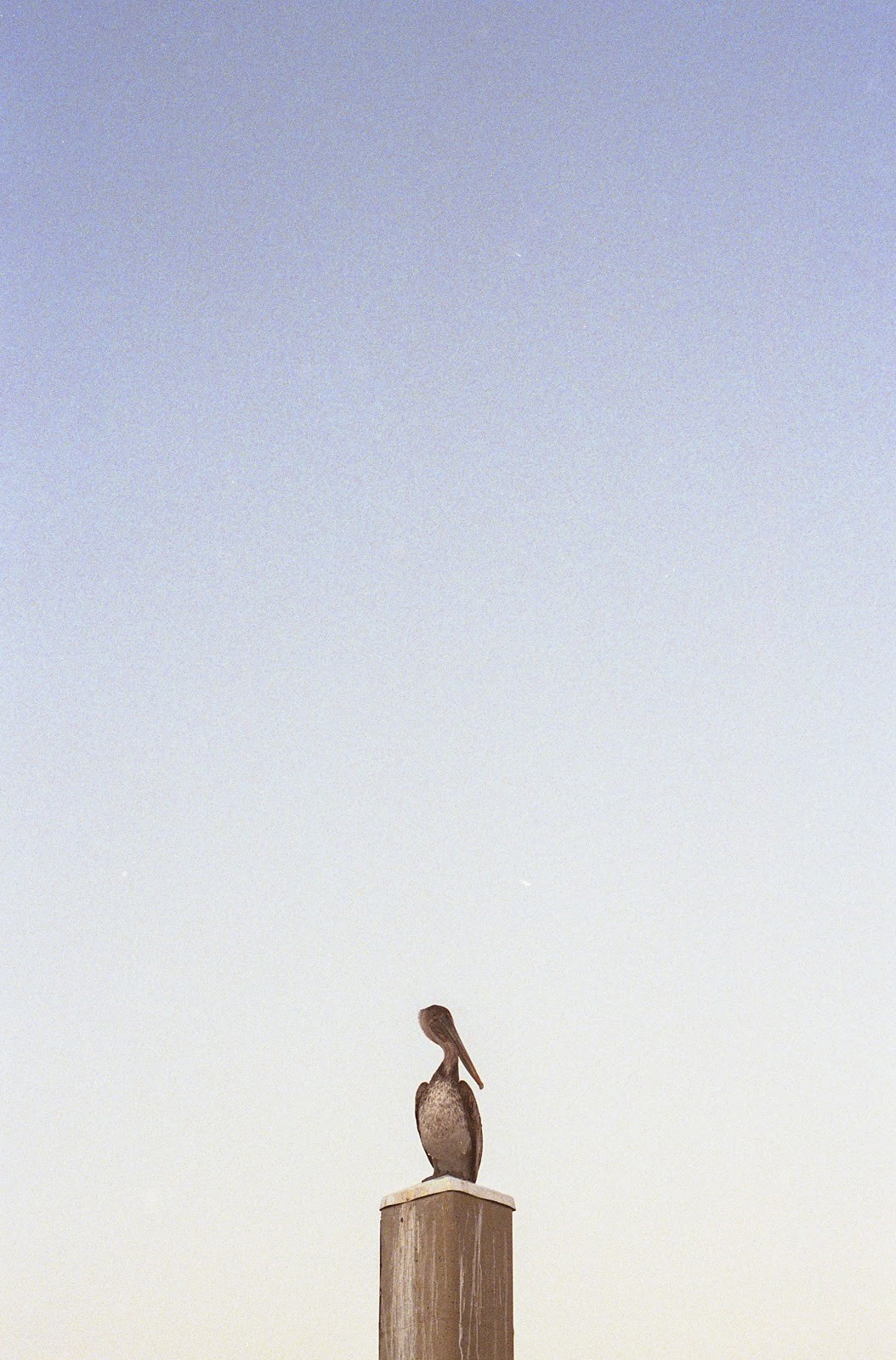 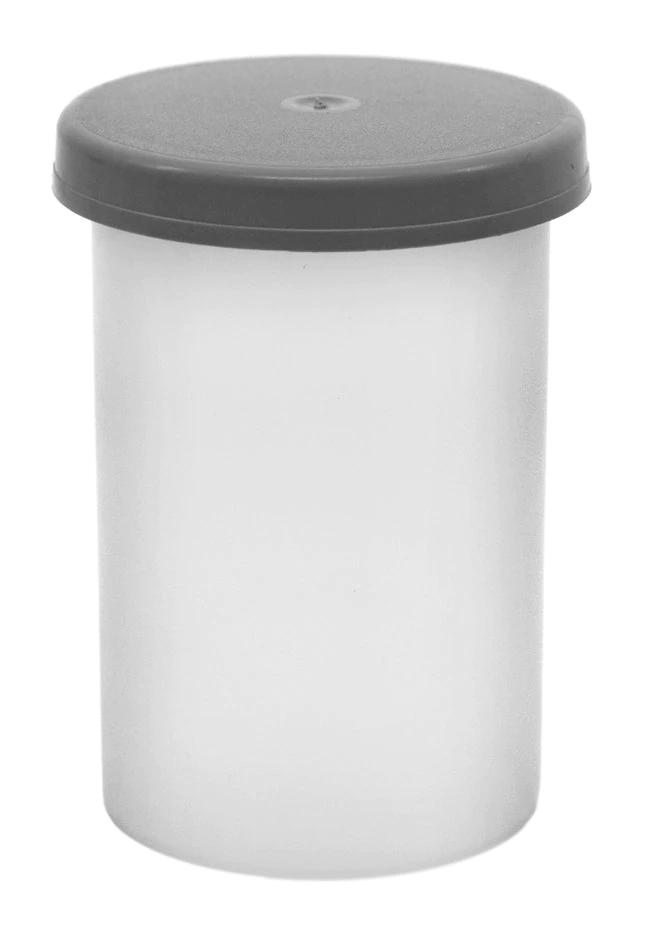 The Issue with Film Canisters: Film canisters can create a lot of plastic waste if not reused.

The Alternative: Film canisters can be reused, and doing so is really easy. Here are a few ways you can reuse these:

The main idea is to not throw these away- they are waterproof, scent proof, and durable little canisters that are extremely versatile in how they can be used after holding film.

Something that’s almost inherently sustainable about film cameras specifically is that for the most part, all film cameras that have been created are already in existence. Most camera companies are not creating new film cameras, which means there is no demand for new materials to make these products. When purchasing a film camera, we are already buying from the pool of cameras in existence, similar to buying clothes at a thrift store rather than at a new clothing store. So instead of creating a demand for new materials, we are alleviating the issue of waste by purchasing and re-purposing items that have already been created.

If you wanted to learn more about the sustainability of developing film and what chemicals are used and the effects they may have, feel free to email me at lizzie@debrisfreeoceans.org. This is a whole other realm of film photography, but it is one that’s worth looking into, if you want  to be as sustainable as possible. Another aspect of supporting sustainability in photography is to look into how different film labs dispose of their chemical waste and how they reuse their products. For example, the lab I send my film to, Thacker’s Film Lab creates key chains out of used film canisters and sends them out along with your developed film. Supporting environmentally responsible businesses is a good way to support the businesses investing in these efforts financially. 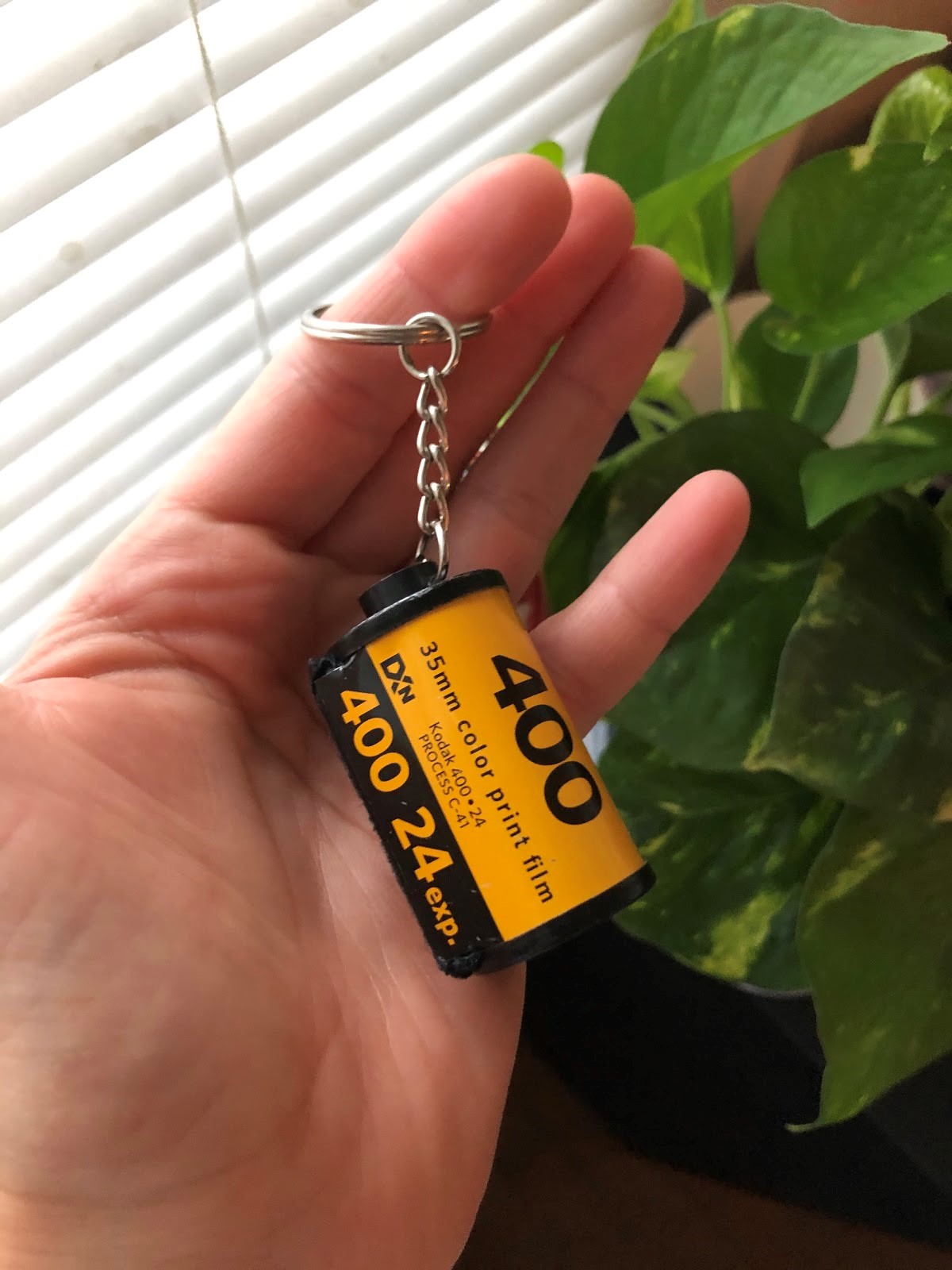 The Issue with Batteries: Batteries can be wasteful and harmful for the environment. They are often single use, and their production is extremely energy intensive. Some batteries take around 100 times more energy to be manufactured than it can deliver throughout its lifetime.

The Issue with Lenses: Lenses aren’t inherently wasteful, but with how quickly cameras are changing and upgrading, continuing to buy new lenses each time you get a new camera can get pricey and ends up using a lot of materials.

The Alternative: Instead of buying several cheap lenses for your new cameras, invest in a long-lasting, good quality lens that best fits your needs. To support that investment, you can  then purchase a lens adapter to be able to continue using that lens even if you switch camera brands. This company sells camera gear, including lens adapters, and focuses on implementing positive environmental change with each purchase. They do this by focusing on creating products that will last a lifetime, using recycled packaging, and partnering with an organization that plants 5 trees for every item purchased. 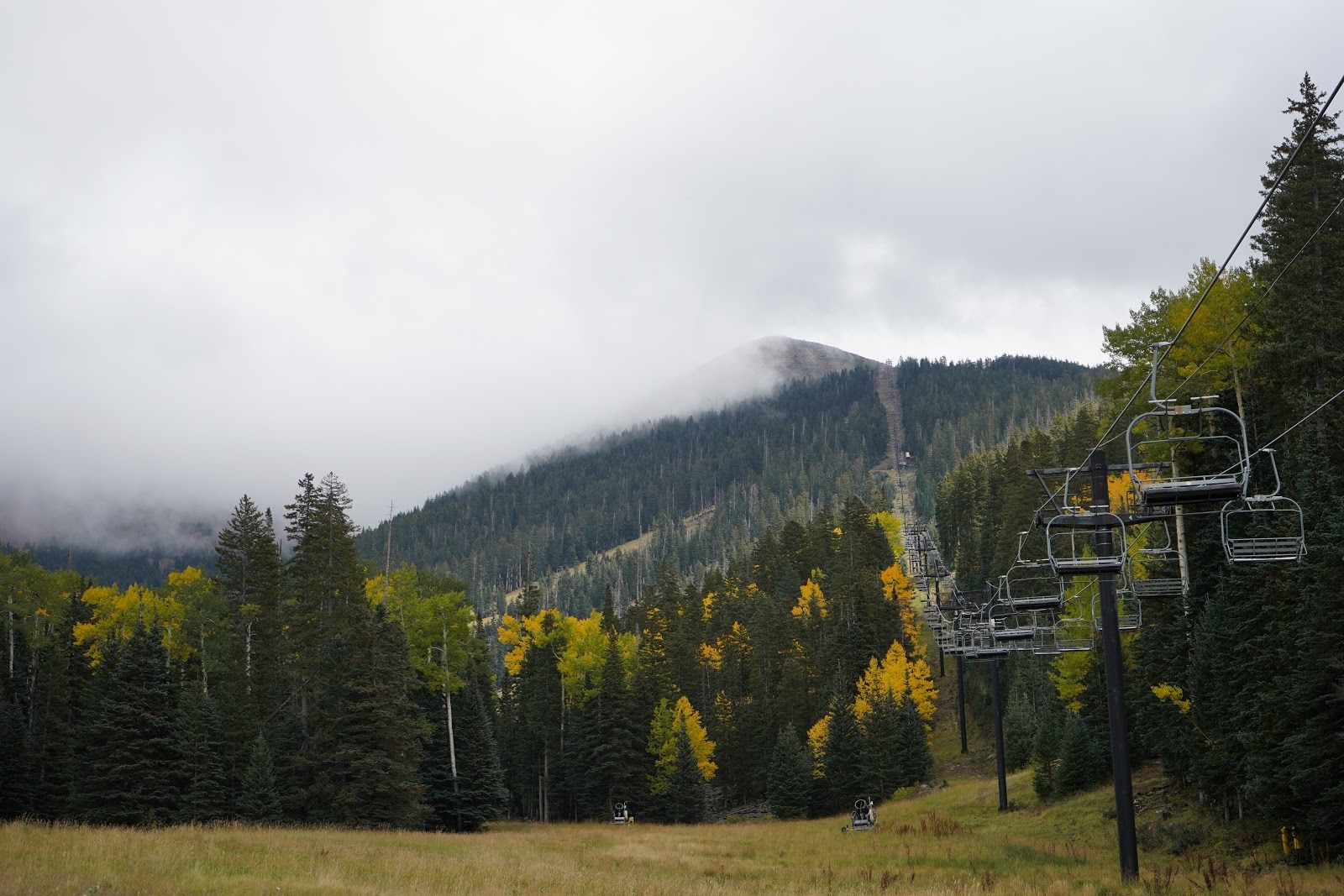 In an ever-changing world, most photography related brands make it so that you always need to have the best and newest gear in order to be a relevant photographer. This creates the expectation that photographers need to constantly purchase new products to continue to stay afloat. Still, a big part of sustainability is about learning how to be creative with the things we already have, and the importance of properly taking care of them so that they last throughout our lifetimes and beyond.

Photography allows us to slow things down and take in moments and spaces in a way that we can’t otherwise. It’s about being more mindful about life and how we view it. The concept of environmental sustainability is similar: it’s about being aware of how we’re existing and properly utilizing the resources we have access to. In the long-term, it’s not about going to the most extreme lengths in order to achieve the greatest possible change; it’s about changing the little things we are able to change because collectively, doing so makes a greater impact than we think.

Voter’s Guide to the 2020 Election Season