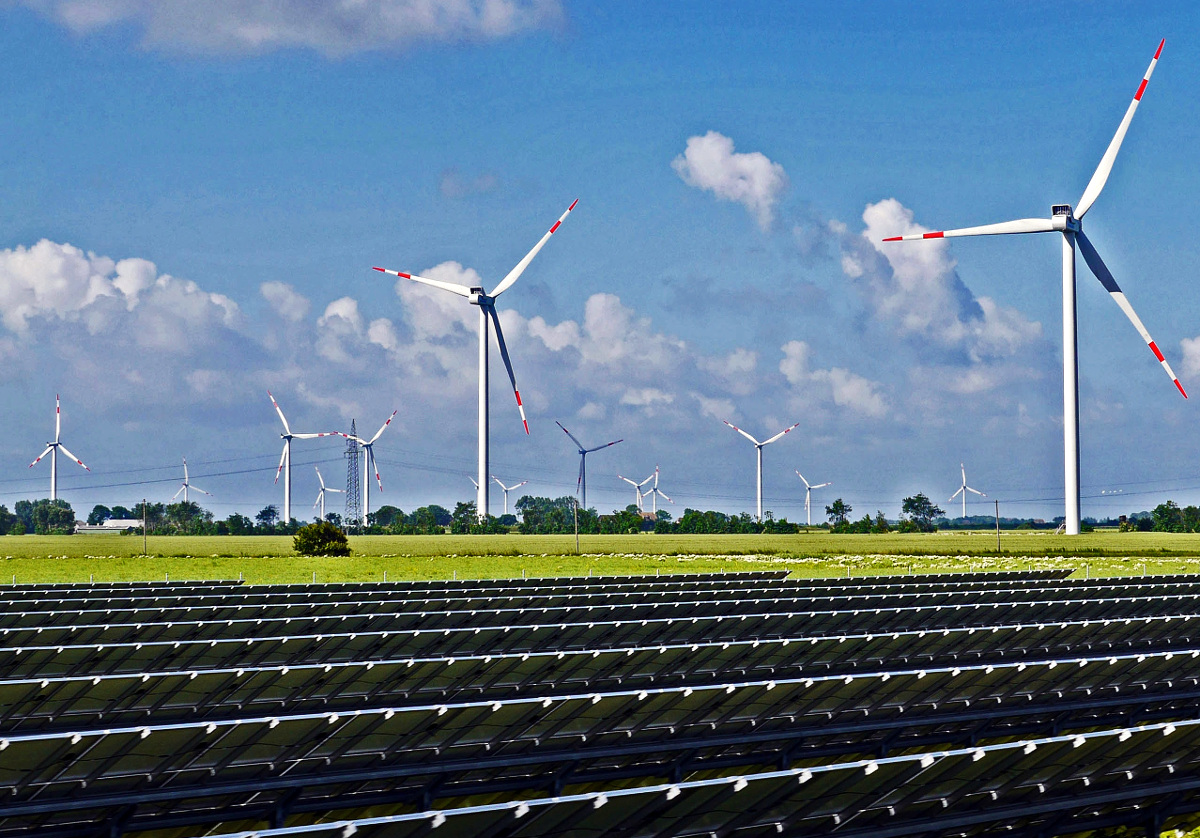 Solving the Climate Crisis: A Roadmap for Congressional Action

On June 30th, the US House Select Committee on the Climate Crisis released Solving the Climate Crisis: The Congressional Action Plan for a Clean Energy Economy and a Healthy, Resilient, and Just America. The report outlines policy recommendations for the federal government to address the risks posed by climate change in a way that advances justice and equity, benefits workers and the national economy, and protects public health.

The House Select Committee on the Climate Crisis was created by Speaker Pelosi at the outset of the 116th session of Congress to make science-based policy recommendations to the standing committees of jurisdiction on how to solve the climate crisis.

Here’s a glimpse at some of the themes addressed in the Committee’s recent report:

A great deal of the plan addresses the need for investment in clean energy technology and infrastructure in order to propel our economy to thrive at net-zero emissions no later than 2050. Advancement of renewable energy generation coupled with more efficient transmission systems would support a transition to clean energy for households and businesses across the Nation. The report also calls for congressional action to support the launch of new economic sectors that would catalyze progress on different aspects of our climate goals. Expanding research on low-carbon building materials, for example, would address the often overlooked waste and carbon footprint of the construction industry.

Did you know that cement, a key ingredient in concrete, is responsible for approximately 8% of global carbon emissions? If cement were its own country, it would rank among the top 5 highest contributors of human-caused greenhouse gas emissions.

By investing in the manufacturing of clean energy, electric vehicles, circular supply chains, and zero-emission technologies; the federal government can promote economic activity in a way that aligns with the urgent demands of the climate crisis.

This plan also calls for investments to elevate the electrification and transportation sectors. Advances in energy storage technology will be particularly important for the clean energy transition to be scaled across residential districts and economic sectors.

With investment and economic growth comes the opportunity for job creation! The recommendations laid out in this plan set the stage for the creation of high-quality, good-paying jobs that build local workforce capabilities, acknowledge and uplift vibrant regional economies, and strengthen workers’ rights to organize.

In addition to funneling federal dollars into the economic sectors that will propel the Nation forward in this transition, Congress can encourage innovation that aligns with climate action goals by setting new regulatory standards.

One well-known recent example are the Obama-era fuel economy standards which were established to push for production of vehicles that travel further on the same amount of fuel. This is also known as fuel efficiency, and it’s an excellent transitional mechanism for reducing the need for gasoline and decreasing air pollution associated with fuel combustion and transportation in general.

In setting forth a national net-zero emission goal, one of the most important aspects of measuring progress and maintaining accountability will be assessment of how costs and benefits are being distributed. This requires specific attention on interventions and impacts in historically marginalized communities of color and low-wealth communities. Many of the 12 pillars in this plan integrate the principles of environmental justice, in such a way that the health and knowledge of historically marginalized communities may be centered in federal climate and environmental policy.

The urgency for environmental justice is addressed through clean-up initiatives for remediation in communities that have been disproportionately exposed to pollution (also known as “EJ communities”). The report calls for prioritization of EJ communities in new federal spending, meaningful engagement with these individuals, and support of academic and government research on how the impacts of federal policies are affecting their neighborhoods.

Another critical theme of the recommendations is the need for adaptation in currently and foreseeably vulnerable communities. Climate scientists have been warning of the human health and public safety risks associated with the increasing global mean surface temperatures and unpredictability of extreme weather events for over four decades. As such, there is no doubt that mitigation and innovation must be coupled with emergency preparedness and adaptation as priorities.

One of the many initiatives outlined in this report is the establishment of a National Climate Adaptation Program. This is intended to support state, local, tribal, and territorial governments in making sure their homes, businesses, and critical infrastructure can withstand the impacts of climate change. Risk management needs will range vastly: to bolster the structural integrity of industrial and manufacturing facilities, the resilience of our homes and local infrastructure, and the stability of agricultural systems fronted with climate-related hazards.

Notably, there is an entire pillar dedicated to making the agricultural industry a tool for climate action. Agriculture is arguably one of the most profoundly threatened systems that we rely on in the context of climate change. Recommendations in the report include the integration of adaptation and mitigation practices for new and otherwise disadvantaged farmers, incentives for them to implement efficiency and renewable energy technology on their lands, and expanded resources for the protection of farmland.

There are many important steps that have been and must continue to be taken in order to advance a global agenda for just climate action. I encourage you to learn more about climate action proposals from the local to the transnational level, including the US House Select Committee on the Climate Crisis’s report Solving the Climate Crisis: The Congressional Action Plan for a Clean Energy Economy and a Healthy, Resilient, and Just America.

3 Key Strategies for Low-Waste Living on a Budget