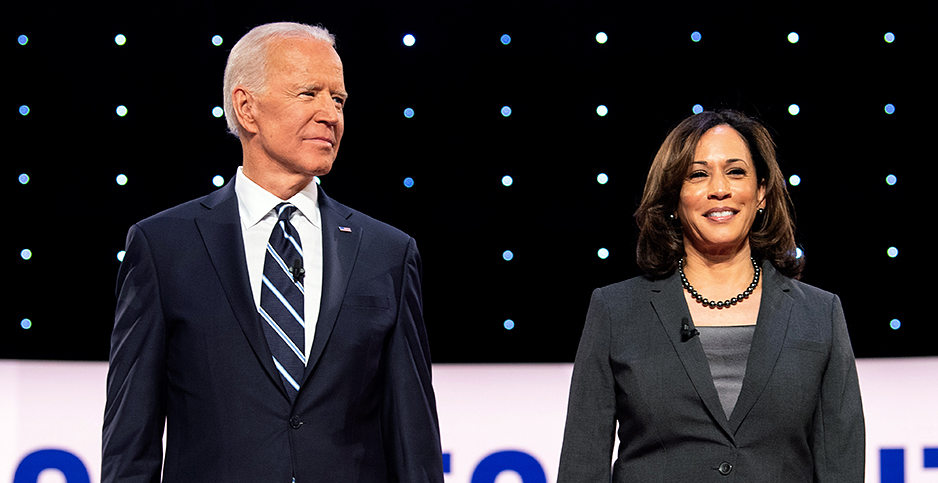 Plastic is problematic from cradle to grave: all stages of the life cycle of plastics release pollution and create physical hazards that plague frontline communities with chronic illnesses, negatively impact local economies, and contribute to the decline of our natural environment. Our dependence on plastics for day-to-day tasks has become a characteristic of the modern industrial era, and it may be difficult to imagine a world without so much waste.

That’s why Debris Free Oceans has recently endorsed the #PlasticFreePresident campaign to amplify demands that can help our country to begin the large-scale transition to a circular economy. A circular economy is an economic system that eliminates waste by keeping products and materials in use through innovative design and technology.

We can transform our extractive, throwaway economy to a regenerative, inclusive one that’s good for our environment and creates quality job opportunities. We need to stop plastic pollution at its source while improving our waste-management systems, developing new business models, phasing out the worst plastic offenders, and shifting to reusable non-plastic alternatives. The federal government needs to be a catalyst for innovation!

Our sustained civic action and participation in the 2020 general election have led to a moment where this type of change is within reach. We’ve elected a President and Vice President who prioritize environmental justice, environmental stewardship, and economic growth through a sustainable economic system. Once in office, President-elect Joe Biden can take action on the following eight demands without Congressional approval. While some have the potential to catalyze immediate changes, others are longer-term measures that will require consensus at all levels of government and consistency from the general public to be most effective.

The #PlasticFreePresident campaign is advancing the following 8 actions for advocates to promote for President-Elect Biden and his administration:

1. Use the purchasing power of the federal government to eliminate single-use plastic items and replace them with reusable products.

There is a long history of consumer activism in the United States (suggested read: Buying Power by Lawrence B. Glickman). The concept of buying or purchasing power refers to the potential for collective shifts in spending patterns to determine the trajectory of the markets. When it comes to plastics, this would look like diverting our hard-earned dollars from low-quality plastic items and favoring longer-lasting, plastic-free reusables. When sufficient consumers make this change, our preferences are amplified and clearer to producers. Companies selling more sustainable products should succeed, and overtime increased demand for their products enables them to scale their operations and reach more consumers. Meanwhile low-quality plastic producers are forced to assimilate more sustainable alternatives or risk suffering losses. This is an indirect way that market forces can change production and consumption norms over the long-term.

The federal government is the single largest purchaser of goods and services in the United States, spending more than $450 billion on products and services each year. That means the government is likely the country’s largest consumer of disposable plastic products.

By reforming their purchasing practices, the federal government could greatly reduce the footprint of plastic waste and bolster demand for plastic-free and reusable goods.

When we think about the negative effects of plastic production, it’s easy to focus on the end of the plastic life cycle: its contribution to our global waste footprint and potential to end up as marine pollution. However, it is just as important to recognize that every piece of plastic is derived from fossil fuels and emits excess greenhouse gases throughout each phase of its life cycle (suggested read: Plastic & Climate: The Hidden Costs of a Plastic Planet).

In the next 10 years, the petrochemical industry is projected to increase plastics production by at least 35 percent. This includes over 300 new projects slated for territories within the United States. New and expanded facilities produce raw material for single-use plastics using fossil fuels. Because plastics are made from crude oil or fracked natural gas, these bans would curb the impacts of plastic pollution and the climate crisis simultaneously.

Plastic producers must be held accountable for the social, financial, and ecological damage they are causing. The President can hold corporations accountable by supporting legislation such as the Break Free From Plastic Pollution Act; calling for investigations on plastic producers, transporters, and manufacturers; and imposing more stringent regulation to minimize disinformation about recycling and product sustainability.

Additionally, the Biden administration can minimize greenwashed, false solutions to the plastic pollution crisis by rejecting funding for projects that ultimately worsen the scope and scale of environmental injustices. Some of these false solutions heavily marketed by the petrochemical industry include: chemical recycling, waste-to-fuel, waste-to-energy, incineration, gasification, pyrolysis, and plasma arc.

Plastic production and refining facilities are often sited near fossil fuel infrastructure. In the United States, these clusters marginalize low-income and racial and ethnic minority communities in the Gulf Coast, Appalachia, and the Ohio River Valley (to name a few).

Fenceline communities are most directly impacted by the air, land, and water pollution released throughout the production of plastics. The #PlasticFreePresident campaign demands that executive agencies conduct their responsibilities transparently and facilitate spaces for historically excluded individuals living in fenceline communities to contribute meaningfully in petrochemical permitting decisions.

In order to advance a transition away from the petrochemical and fossil fuel industries, executive actions will be critical. The President can direct federal agencies to collect more data on environmental quality and the health of affected communities, develop mechanisms to increase investment in their local economies, and call for investigations on violations of their rights to sovereignty, dignity, and quality of life.

The mission of the Environmental Protection Agency (EPA) is to protect human health and the environment. This federal agency is required to ensure that our nation’s air, water, land, wildlife and human life are not harmed by industry activities. However, the EPA is not as effective in curbing the effects of advancing industrial processes when its standards are not updated. Public health and the natural environment are increasingly harmed by their reliance on standards that are growing decades old. The President has an important responsibility to direct the EPA to update its performance standards, regulatory guidelines, and research agenda.

For most of our nation’s history, the federal government has subsidized the fossil fuel industry. In 2020, the United States provided more unconditional financial support to the fossil fuel sector than any other G20 country has provided to all energy sectors combined (suggested read: The Climate Transparency Report 2020). It’s time to stop the flow of federal funds to the petrochemical industry and the fossil fuel industry (which supplies the inputs for plastic production). These funds can be redirected to advance innovation in sustainable waste management and support the growth of reusable plastic-free alternatives.

The United States’ extractive and wasteful economy does not exist in a bubble. Our actions have a direct effect on the global economy and an indirect effect on the decisions made by other countries. For many years, the United States has been counterproductive in others’ efforts to address the global plastic crisis. It is time for the U.S. to become an active champion of circular economics, encourage our allies to address the global plastic crisis, and begin targeting global patterns of production, consumption, and disposal. This can be achieved by forging legally-binding agreements with other major players in the production and waste management of plastics. Cooperative action can be a powerful agent in bringing justice to the low-to-middle income groups that have been marginalized by the life cycle of plastics beyond our borders.

8. Reduce and mitigate the impacts of discarded and lost fishing gear.

Some of the most dangerous hazards posed by marine debris come from lost or discarded fishing gear in the open ocean. This includes gill nets, traps, and heavy metal equipment that change the biochemical composition of the marine environment, entangle and kill marine organisms, impede navigation, introduce toxic chemicals into the food web, and impose massive cleanup costs for coastal communities. The President can work with other federal agencies to mandate more stringent reporting, monitoring, and retrieval projects to recover lost materials. There are many unique, innovative solutions that can be employed generate new products from the materials that are recovered. One example is Netplus, an alternative to virgin fibers that’s made of recovered fishing nets. They’ve worked with 50 fisheries in South America and collected over 2.6 million pounds of discarded material to date!

In 2021, we will urge President Biden to take these actions during his first year in office so that we may collectively build a safer, healthier, and more equitable society. We urge you to learn more about the power of having an actively plastic-free president and join us in this advocacy throughout the coming year!