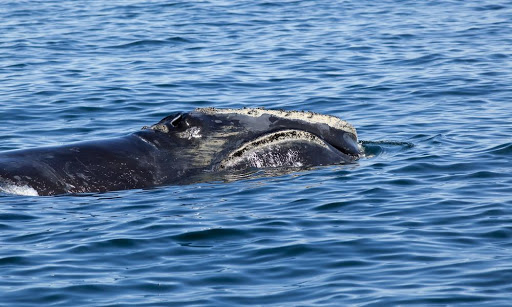 Carbon dioxide (CO2) is cycling throughout our atmosphere, oceans, soil, plants, and animals as you’re reading this! The compound is naturally-occurring and plays a key role in many living systems. However, scientists have found that human activity over the last hundred years interferes with natural carbon cycling and has resulted in an overabundance of this heat-trapping gas.

Industrial activities increase atmospheric CO2 levels by emitting air pollution and requiring invasive deforestation or land degradation that destroys natural carbon sinks. This has garnered a great deal of public attention because excessive CO2 increases the greenhouse gas effect by trapping and re-radiating heat back to the Earth’s surface (i.e. global warming). Fortunately, there are a number of feasible, highly favorable alternatives to carbon-intensive activities that dominate our post-industrial economy.

According to the US Environmental Protection Agency, carbon capture and sequestration (CSS) is a multi-step process that uses technology to reduce the excess of carbon dioxide in our atmosphere. When this CO2 is captured, it can be used for fossil fuel extraction, food and beverage manufacturing, and other industrial processes. Otherwise, captured carbon may be sequestered. Geological sequestration requires for captured CO2 gas to be compressed and injected into underground rock formations for long-term storage.

CCS has been implemented by federal and state governments and private industry near high-volume emission sources, such as energy generation and processing plants. These methods have been effective in reducing up to 90% of CO2 emissions!

That said, it is important to note that the process is complex, highly invasive, expensive, and not aligned with long-term sustainable development in its current applications. Scientists, economists, and legal scholars have been actively investigating different methods for federal investment to reduce carbon dioxide levels in a sustainable way.

Carbon sinks are beneficial areas where more carbon dioxide is removed from the atmosphere than emitted. One great example is our forest ecosystems! Addressing highly irresponsible land use and forestry management has allowed for a 15% offset of greenhouse gas emissions, and this is only a scratch at the surface of what measures can be taken to reduce land and resource exploitation [EPA, 2010].

Some less conventional carbon sinks have also captivated researchers. Who would’ve guessed that when it comes to saving the planet, one whale is worth thousands of trees? [IMF, 2019]

Marine biologists have recently identified whales as the “carbon-capture titans of the animal world,” able to absorb an average of 33 tons of CO2 and significantly accelerate carbon cycling in the oceans throughout their lifetime. So, increasing global whale populations is a tech-free, sustainable strategy for combating climate change! [IMF, 2019]

Part of the solution is rooted in the important correlation between thriving whale populations and phytoplankton production identified by scientists in recent years.

Microscopic phytoplankton are powerhouses, not to be underestimated for their ecological value. They are primary producers that represent a source of food for diverse aquatic organisms and tremendous carbon-capturers, responsible for most of the transfer of carbon dioxide from the atmosphere to our oceans. Much like plants, these single-celled bacteria or protists have chlorophyll to capture sunlight and use photosynthesis to produce chemical energy. “Carbon dioxide is consumed during photosynthesis, and the carbon is incorporated in the phytoplankton, just as carbon is stored in the wood and leaves of a tree. Most of the carbon is returned to near-surface waters when phytoplankton are eaten or decompose, but some falls into the ocean depths” [NASA Earth Observatory, 2010]. 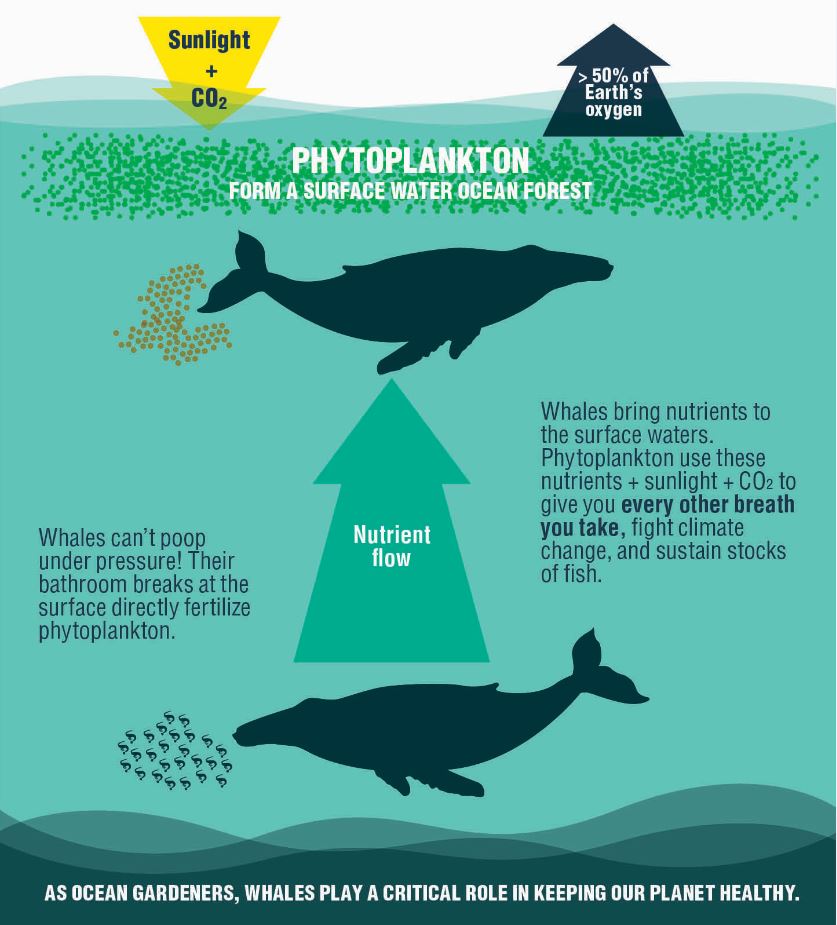 According to recent quantitative assessments, these tiny life forms are responsible for capturing “an estimated 40 percent of all the CO2 produced.” As the minerals (specifically nitrogen and iron) from whale poop are distributed by their vertical movement, whale migration essentially fertilizes phytoplankton growth.

By supporting and restoring whale populations, the carbon capture impact of phytoplankton could be indirectly multiplied. According to the IMF, “even a 1 percent increase in phytoplankton productivity thanks to whale activity would capture hundreds of millions of tons of additional CO2 a year, equivalent to the sudden appearance of 2 billion mature trees” [2019].

Although more stringent regulation has greatly reduced the footprint of commercial whaling, these gentle giants are still highly threatened by the potential for collision with ships, entanglement in marine debris, and noise pollution. Working groups including experts from the scientific community, fishermen, and policymakers have been instrumental in coordinating efforts to reduce entanglements from fishing gear and collisions with ships that threaten species like the North Atlantic right whale [NOAA, 2019].

The IMF also identifies whales as “an international public good” that generate globally distributed climate benefits. Essentially, recovered whale populations would benefit everyone living on the planet. However, a significant obstacle in fostering their recovery has been the lack of motivation for any single group to contribute the necessary funds. Policymakers and economists have looked into regulatory and market-based mechanisms that may be used to promote whale conservation in a coordinated manner. 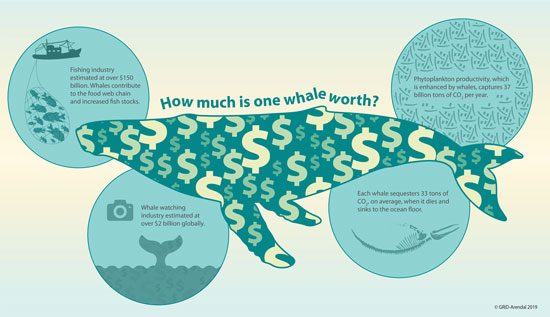 However, the IMF paper suggests that ongoing efforts to quantitatively assess the ecological value of a whale have not been enough. A new mindset is needed where “coordinating the economics of whale protection” rises to a high priority position within the international climate agenda. This is a possibility as high-level decision-makers are increasingly looking to natural solutions that holistically support our planet’s long-term health [2019].