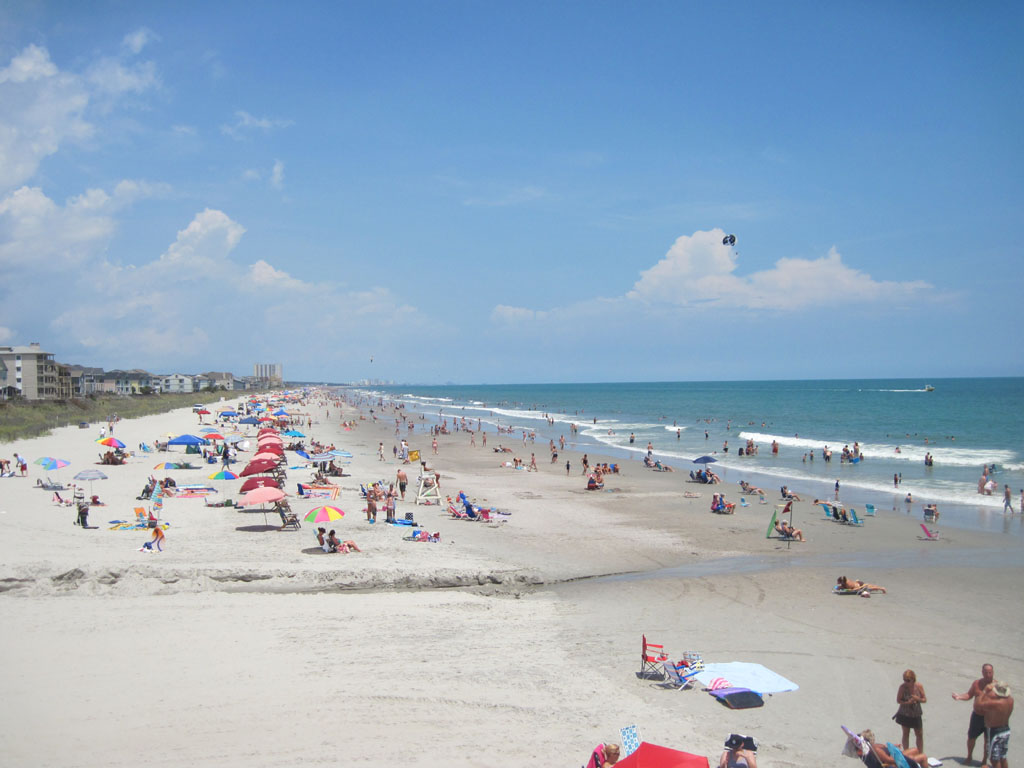 Surfside is a city in Miami-Dade County, Florida, that truly lives up to its name. Surrounded on all sides by the Bay Harbor Islands, Miami Beach, and the Atlantic Ocean, most people would consider it picture perfect. So what’s the catch? One important factor that is keeping Surfside from achieving paradise status is styrofoam. Thankfully, Surfside is taking action and building its reputation as a sustainable and proactive city.

Styrofoam, also known as Polystyrene, is a type of petroleum based plastic. It is very lightweight and is known for its insulation qualities. Styrofoam’s properties and availability make it very convenient, and it is used for everything from disposable cups to housing insulation and anything in between. If you are an average person, chances are you’ve seen and/or used styrofoam at least once this past year.

Why Should We Care?

Although it is convenient, styrofoam is definitely not considered ‘sustainable’. This non-biodegradable product is commonly discarded into our ecosystems where it will stay for an incalculable number of years. When a product that cannot naturally decompose is thrown away into the environment it will move around until it eventually finds its way into the ocean, whether it be 1 year or 1000+ years after it is discarded. Our oceans are the final destinations in a piece of non-biodegradable litter’s journey. Styrofoam is a commonly littered object, and is known for breaking up into small pieces. These small pieces of styrofoam, once they make their way into our oceans, can choke marine animals, damage animal’s digestive systems, block sunlight from getting through the ocean’s surface, and can cause countless other problems for our marine ecosystems.

Styrofoam is a large contributor to Surfside’s litter. Garbage on the streets and beaches is certainly not aesthetically pleasing to Surfside’s locals and tourists. Styrofoam is commonly ingested by Surfside’s wildlife, specifically nesting sea turtles and shorebirds. Clearly continued styrofoam use in Surfside will hurt the city economically and environmentally. After tireless effort by inspired environmentally conscious individuals the city of Surfside decided to take action. In June of 2014, the Town Commission provided policy direction in efforts to establish and put into effect prohibitions on the use of styrofoam in Surfside.

Since the idea of regulating styrofoam was introduced in Surfside, proactive steps have been taken by Surfside’s locals and authorities to restrict the use of styrofoam in their city. An ordinance to ban styrofoam was proposed in Surfside’s most recent Town Commission meeting, on February 10th. An ordinance is essentially a law that is passed and enforced by a local government, typically in the name of public health or safety. This specific ordinance called for the regulation of styrofoam use in municipal buildings and facilities as well as the beach, with a proposal of applying styrofoam use regulations to businesses in the future.

Thankfully and encouragingly, the first reading of the ordinance was passed unanimously! The next step in this process is that the city clerk or city attorney will read through the ordinance. The proposer of the ordinance then gets to edit and provide explanation. After this task is complete, the ordinance is ready to make a reappearance. At the next Town Commission meeting the ordinance will be presented yet again. If it is approved at its second reading then the mayor signs the ordinance and it will officially become enforceable. All because a small municipality in South Florida took charge and is actively working towards cleaner oceans, there is now a real possibility of legal, enforceable regulations on styrofoam, one of the most hazardous, common, and long-lasting pollutants that our oceans are dealing with.

Surfside is the fourth municipality in Miami-Dade County to take action in cleaner, healthier oceans. Miami Beach, Key Biscayne, and Bal Harbour all regulate styrofoam use already, including banning it from beaches and parks, as well as restricting its use to varying degrees in municipal facilities and private businesses. The fact that a fourth municipality in the county has spoken out and taken action on behalf of our oceans is truly inspiring. It goes to show that the information you know, the education you can pass onto others, and the power you have to speak out, are an incredible combination that can create huge positive changes in our world. If you feel passionate and driven about this issue, or any other issue concerning your city, it’s easy to get involved! Ordinances are introduced at Town Commission meetings by any council member. If you want to start at the root of the problem then you can send a letter to, call, email, or try to personally speak with a council member about this issue. For example, one of the co-founders here at Debris Free Oceans wrote an email to Surfside mayor Daniel Dietch, encouraging him to implement the strictest styrofoam ban possible in the city. Furthermore, after an ordinance is introduced, a public hearing about the ordinance is held during a regular Town Commission meeting. Anyone is allowed to attend this reading, and it gives the public an opportunity to speak freely on the matter in question. Debris Free Oceans encourages all of you to take part in the movement and work towards marine environments that are litter free. Whether it be reaching out to a councilman, attending public hearings, or simply educating those around you on the legal process to enforce laws like this one, any small part helps. Everybody has a voice, and we urge you to use yours in an effort to create a world with cleaner beaches, reefs, and oceans.